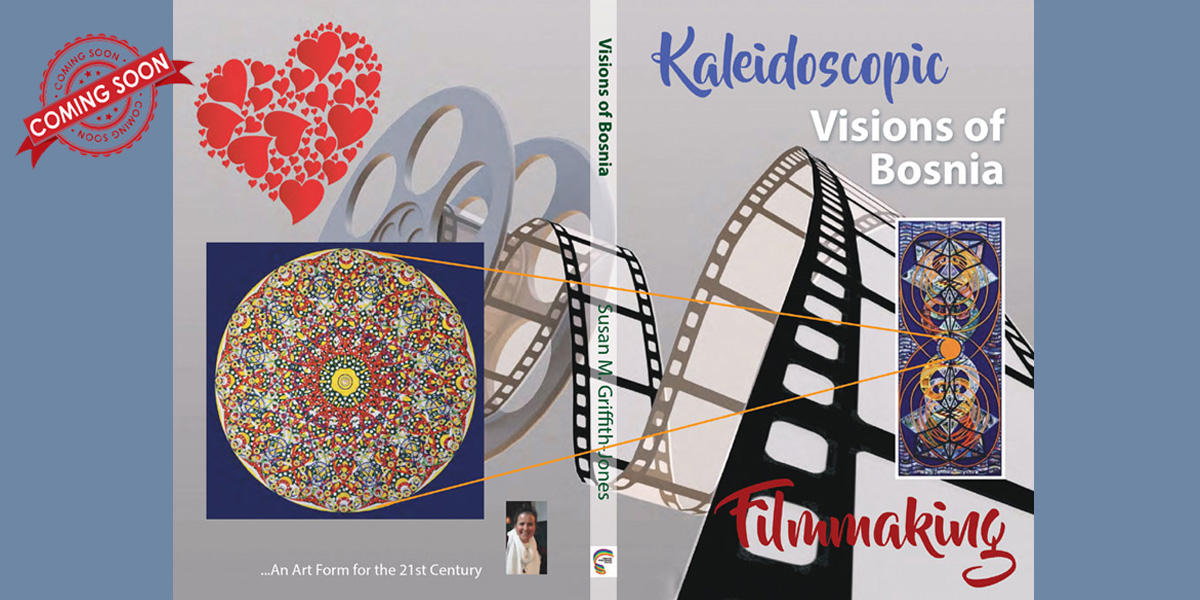 Susan’s up and coming book, ‘Visions of Bosnia, a book about Kaleidoscopic Filmmaking’ tells the story of how she was invited to Bosnia by Sam Osmanagich, the discoverer of the Bosnian Pyramids, to make an artistic documentary on the Bosnian Pyramid Complex.

Starting from the very first time she ever heard about the place and continuing to describe how she synchronistically met Sam in India and then went to visit the Bosnian pyramids three times over three consecutive years, within the narrative she particularly goes into much detail about how she actually went about producing the movie, ‘Visions of Bosnia’.

In order to determine the layout of the movie, she first needed to discover and subsequently make 2 Photo Collage Art pieces through examining the Bosnian Pyramid Complex at many different levels.

Using prominent symbols within both of these intricate pieces that themselves contain hidden meanings of universal truth in their makeup, she describes many facets of the Bosnian Pyramid Complex within their very structure.

Once infused into the very fabric of the movie as its timing, visuals, narration and music, these symbolic pictures become an integral part of it so that they may transmit the frequencies of universal symbolic truths that are contained within the pictures themselves, directly to the viewer upon watching the movie.

Although Susan has previously made films using these methods, after making ‘Visions of Bosnia’ she gave this art form the name, ‘Kaleidoscopic Filmmaking’, defining it in a way that she has not done with her other works, namely, ‘Circle of Immortality‘, the making of which is described in her book, ‘The Living Pyramid’, as well as her films ‘The Golden Bridge’ and ‘Crossing Bridges’.