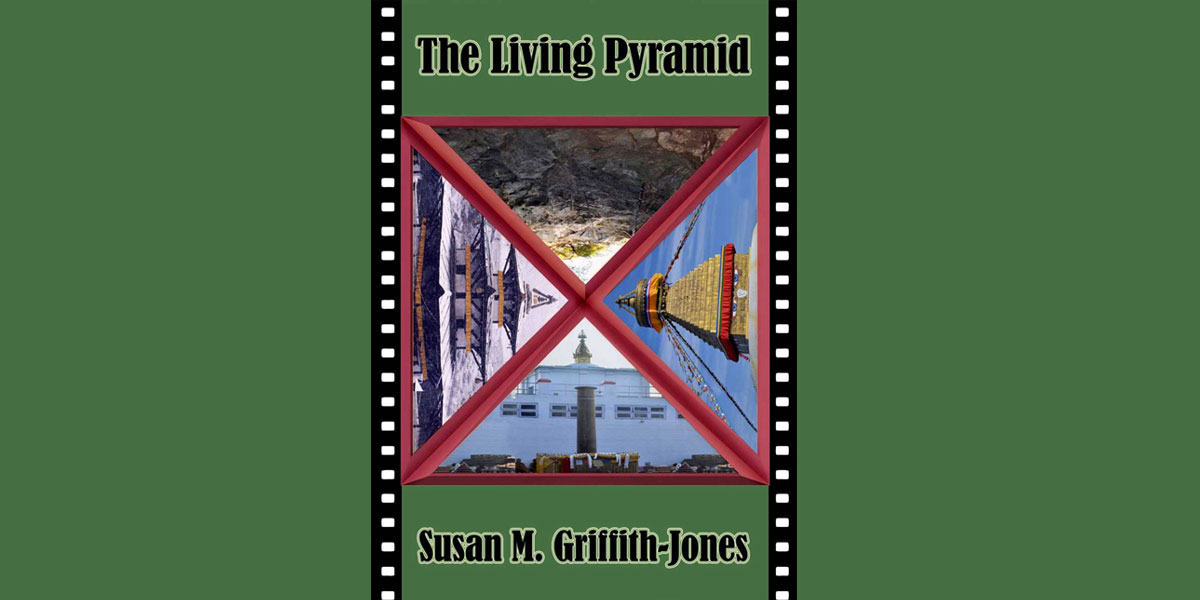 Shot in four principal sacred locations of Nepal, short revolving sections of visuals displaying aspects of life in 4 places within the country create an outer layer to an artistic documentary, especially focussing on the culture of Tibetan Buddhism; at Muktinath (High Himalayas), Maratika (middle hills), Lumbini (low land – Terai) and Bouddhanath (Kathmandu). Going deeper and deeper into the meanings she wanted to expound in the movie and refining it stage by stage, Susan M. Griffith-Jones made three versions of her creative movie, ‘The Circle of Immortality’, over 3 years (2005- 2008). Having condensed Versions 1 and 2 into a final Version 3 of 43 mins, Susan formed an innermost layer to this movie by ‘hiding’ a pyramid shape within its structure.

Thus using the pyramid shaped art piece also called, the ‘Circle of Immortality’ embedded within the movie, the four elements make up the four corners of the base of the pyramid, whereas the fifth is the space within which they appear in an illusory way inside the mirror. Each section of the film concentrates on one of the five elements of WIND, FIRE, WATER, EARTH and SPACE. These are thus skilfully expounded through the timing (speed – WIND), narrative (perception – FIRE), music (sound – WATER), visuals (light – EARTH) as they mix together within the SPACE of the overall timeline, taking the art of motion visual to a new dimension.