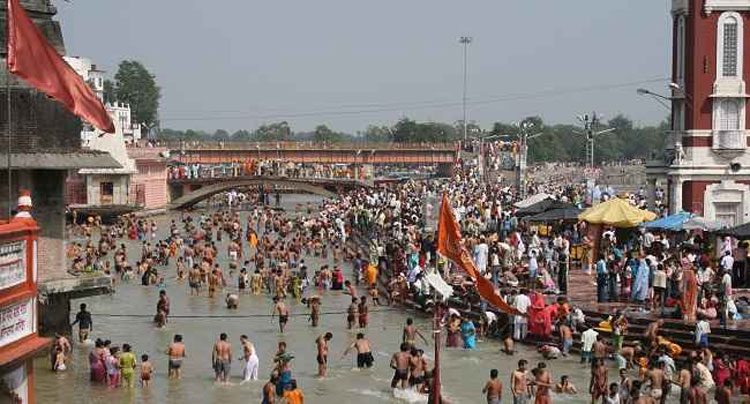 On the mountainside above the asphalted Highway 108 that meanders faithfully alongside the Bhagirathi stretch of River Ganga’s uppermost reaches in modern-day Uttarakhand, many less sophisticated tracks and pathways running parallel lead to the highest peaks of the Himalayan range.

In ancient times, Draupadi, the legendary wife of the five Pandava brothers, passed this way, so they say, as she and her husbands were leaving the world by the infamous path known as the “Sacred Way”.

Yet, in the 21st century world, the Sacred Way is melting rapidly and her upper reaches are being eyed as useful resources for generating electricity, providing drinking water to the big cities as well as serving irrigation canals to farms in her lower reaches. 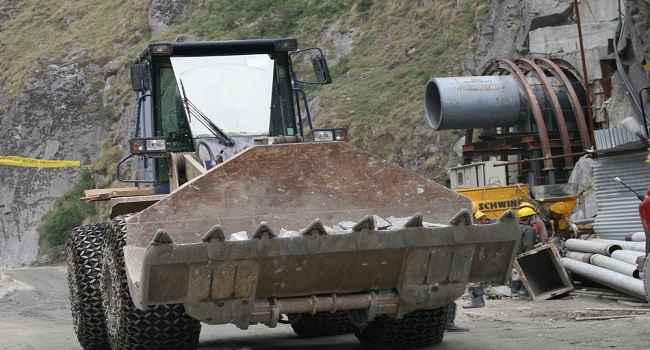 Just below Gangotri the action starts at Bhairon Ghati where two large dam projects were envisaged on paper and subsequently scrapped. I watch the river flow deep, deep below the road as we swirl along its mountainous curves, still thin and trim in her youth, dashing on in her search for the easiest path to the ocean, safe for the time being from the modern-day ever-growing need for electricity.

The year is 2008. Great machines hold up our progress on the road at Lohari Nagpala above Uttarkashi as the car stops in a jam at one of the entrances to a feeder tunnel that connects to the long, 30-km tube that is to soon channel a starved of sunlight Ganga away from her natural course, not to mention the millions of river creatures that will inevitably get trapped in its flow to the powerhouse turbines waiting downstream.

Having already spent a massive Rs 600 crore, this project was also subsequently de-commissioned in August 2010 on the grounds of Ganga’s status as a holy river, fear of earthquakes and generally ruining the local environment.

But on this route it’s a very much approved Tehri dam project that was finally realised in 2005. This has stirred the most attention and many controversies over its long-term safety abound as the area is a known earthquake-prone zone. 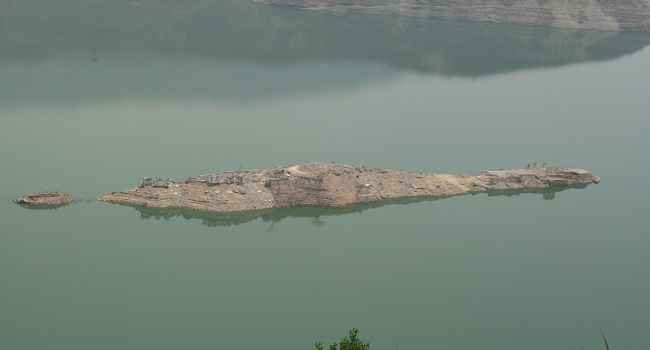 GLIMPSE OF THE PAST: Old Tehri appears above water during low tide

As our car drives past I have to admit that I feel a little scared as I look down upon, and then as the road winds down, across to it. I awe at the size of its downward sloping face and feel like I’m looking at one side of an ancient pyramid, imagining how much pressure of water is held behind that construction of stone. “What if it gave way?” cannot help but spring to mind and, thinking of the fatal consequences of such a disaster, I only feel better once we are away from its lower side.

I try to make the idea impossible, but it’s hard not to think of the “What if?” factor. ‘They must have carried out proper investigations,” I think to myself, rendering the thought and trying to persuade myself of things like world safety standards, if such measures even exist in practical application.

But the danger may not just be the flooding of water through dam walls in the case of an earthquake. As one of the tallest dams in the world, its vast walls lock in a huge volume of water behind them, creating a dam reservoir of more than 40 kilometers of deep water, especially great in magnitude after the monsoon season. 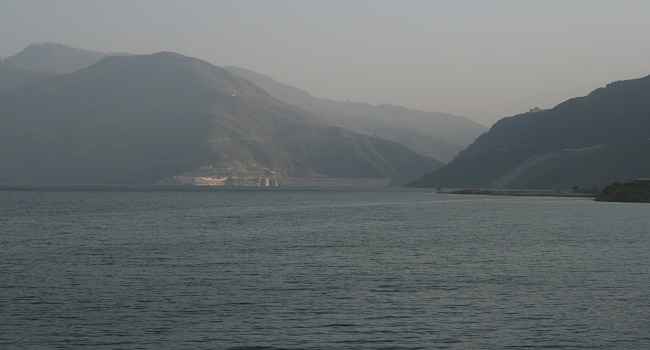 Pushed down by its own weight, water stored at such volume may seep down into the ground rock there as it has a high porosity rate. Reaching the magma level, it can cause huge explosions as hydrogen atoms split in reaction. This could then set off a chain reaction and cause devastation to large parts of North India.

Even to date, the valley has already been subject to a huge amount of transformation due to the dam reservoir, as its large number of settlements, villages and farms were flooded out when the waters of the natural river that once flowed harmoniously through it, rose when the dam gates closed.

Resettled higher up on the valley sides in modern villages of cheap, square brick houses, the people of the valley struggle to change their way of living that has been passed on to them from their forefathers.

For the young, it is perhaps an opportunity; for the elderly, it is an upheaval in the phase of life that does not need rocking. 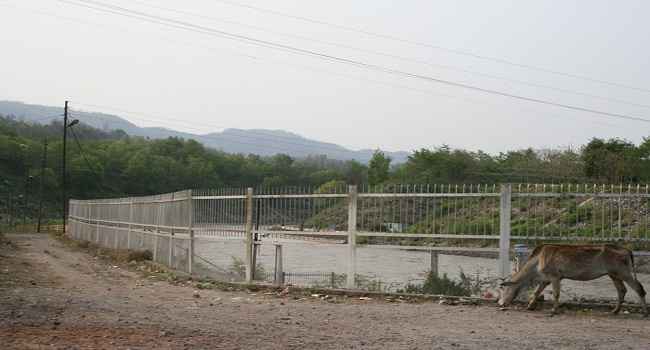 A RIVER, DIVIDED: The start of the Ganga canal below Rishikesh

Just below Rishikesh a barrage runs across the river and from there starts the great system of canals to which a large quantity of Ganga water is fed out. First built by the British during the Raj era, much of her natural course is deviated as it is put to use in fields and carried to the cities for drinking water. However, today, unfortunately much of her precious flow is lost at this point when water dredges away without even reaching the fields.

It just seems a great shame that perhaps we are not recognising the magnificent worth of River Ganga, instead using her for other rather more short-sighted 21st century needs without proper foresight, maintenance and management at that. In a nutshell, we are changing an entire ecosystem.

Diversifying the course of a river, creating unnatural lakes behind dams and tunnelling through the face of the mountain may have effects that none of us can imagine as it is a natural law that water will always obey the path of least resistance, no matter what occurs around it.

Positive ones, or negative ones. Who’s to say?

Certainly, there are always two sides to the coin as the high production of energy generated – even though none of these projects are fulfilling their envisaged capacities – sends masses of electricity to cities and villages across Uttarakhand as well as nearby states, and especially Delhi.

Yet the price is high for this finite resource, which must be produced somewhere, by some means. Do we think about that as we use it far away in the city in sloppy abundance, leaving our lights and electronic appliances on without cause? 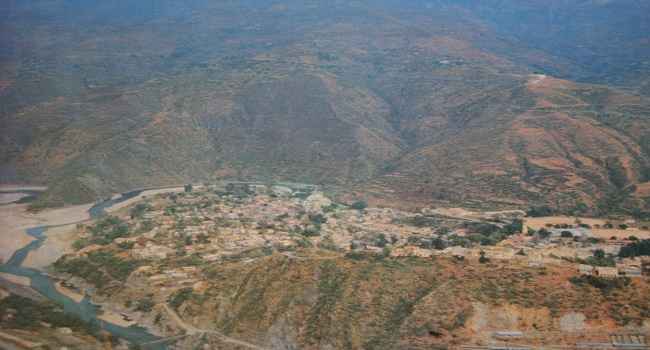 LOST LANDSCAPE: What lay beneath the reservoir lake at Tehri

Perhaps that is the very key point that should be remembered in our electricity-driven world of 2016 where everyone is requesting its use for every function of life. Cheap electronic products pouring into India from China through Nepal, combined with the home-spun trend of micro-electronics, circuit boards and the like have brought electricity to the majority of homes in India, even remote village ones.

Is it just a sign of the times and material needs of our overly-outward attitude towards life that we have adopted such superficial ways? Are we so much less intelligent than we used to be, when they say that sages of old would protect and hold Ganga in their earthly embraces, using her with clear, clean and pure intention.

By simply leaving her to do her natural work, her most useful resources of medicinal plants, fauna and flora that may be found along her banks as well as her healing curative properties of alive and fresh water available in such abundance are disregarded. For a certain unusual bacteria exists within her water, one that multiplies as it eats its own diseases that in turn multiplies the healing bacteria in billions, which may cure many diseases of our body. This is not just a myth, but a scientifically proven fact.

Pondering upon this very neat package, I turn the analogy to human life. Perhaps those tales of longing that mankind holds in the fairy tale stories of children, would become reality too if we were to believe in a meaning beyond the surface, a Sacred Way to follow wherever we strive, one that leads us to the source of life, a path beyond the general cycle of earthly suffering.

It is a law that things must change, but I would like to think that perhaps we still hold some choice in the matter.

(The writer is an intrepid traveller, an internationally acclaimed photographer, a mother of two and a practising Vajrayogini.)