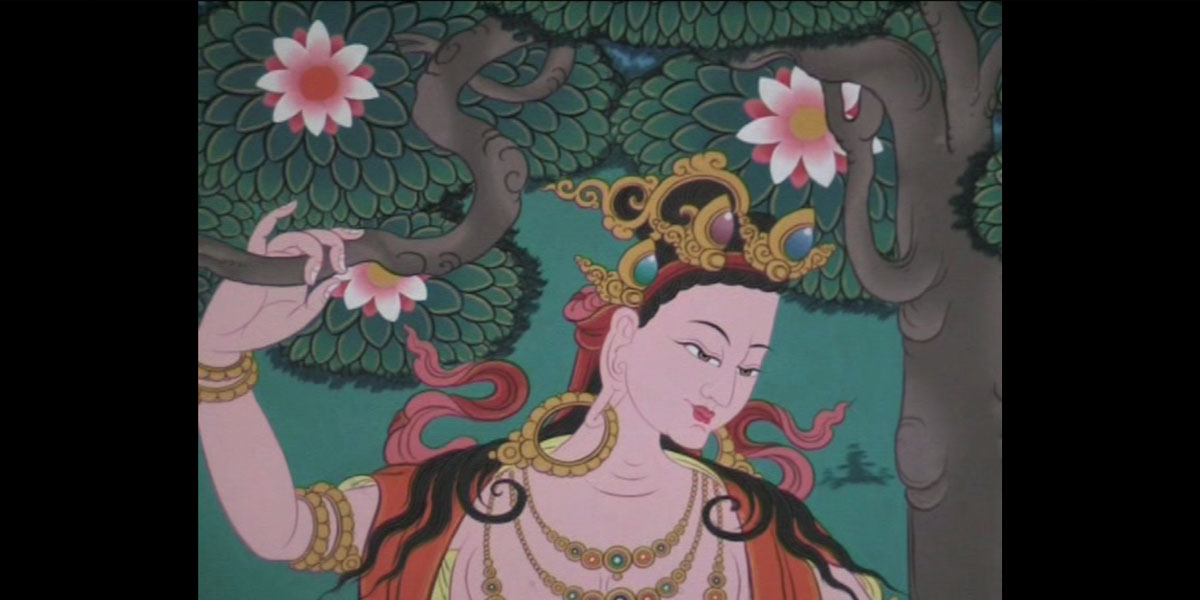 Until relatively recently, Lumbini, a small place located in the southernmost part of Nepal was still a vast track of virtual scrubland with small villages of poor farming communities dotted around here and there. Many of the structures you see built there today had not even been conceived of when His Eminence Chogye Trichen Rinpoche decided to build a monastery beside the sacred garden, the location of which is said to be the birthplace of Lord Buddha. Later, towards the turn of the century when many of the other structures you see there today were still on the drawing board, Rinpoche decided to build a second monastery to hold the annual Sakya Monlam prayer festival and to further house a monastic school where young monks could study and learn the traditional teachings of Tibetan Buddhism.

This moving documentary film shows the various stages of the building of the monastery and in particular, the piecing together of the huge, central statue of Lord Buddha in the main shrine room of the temple, with all the various consecrated items being placed inside it, in order to make it sacred. His Eminence is seen throughout the movie, blessing each and every stage of the building work.

The visuals to this movie were shot by various monks throughout the period of time when the building of the statue and monastery was taking place and it was eventually directed by Lama Thagyal Bista, who requested Susan Griffith-Jones to assist in editing the visuals into the movie, as well as writing the narration for it.