“Game of Kings”, polo in India past and present 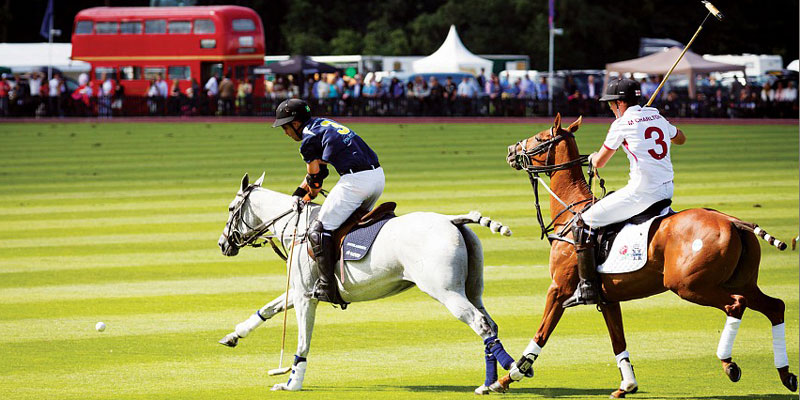 Polo ! The very name conjures a vision of aristocracy and excellence, of style and rare athletic prowess. The game also signifies power, adventure, beauty, elegance, graceful teamwork, class and above all, tradition. Among the world’s most ancient sports, polo is not less than a religion in India.

Today, knowledge of the precise origins of the internationally played game of polo is lost in the obscurity of time, but the game may have originated more than 2,500 years ago and have reached India along with the Mughals. However, a cruder form of the game is thought to be indigenous to central Asia and parts of the Himalaya. In addition to this, both the Iranians and Chinese have claimed it for their own and historical evidence shows that it was played by the princes of Byzantium in the twelfth century.

Since the days of Emperor Akbar, it was the Indian Maharajas that gave this game its synonym with royalty. But it died out at some point, except among the ruling families of some Rajput states, who largely used it as a way to train cavalry in the strategies of battle. It was certainly unknown to the British during the early days of their rule in India.

It survived however on India’s far eastern border (Maipur), and in the western Himalaya (Ladakh) where it had been played from time immemorial independently of its existence in medieval India. The sportsmen of the Raj founded The Calcutta Polo Club in the early 1860s, having discovered it in Manipur and from then on polo became an established part of the Anglo-Indian scene. Today, it is still played in Manipur and many claim its origins from there too.

By the early 1870s it was being played in England. It was the British who modified and ‘improved’ the game, inventing their own rules, founding clubs, introducing the chukker system out of consideration for the horses, and generally tidying up its ‘wilder’ aspects. The game of international polo was thus born.

Post independence, the Indian Army kept the game alive and promoted it actively until the early nineties, but Jaipur is known as the home of Indian polo. The late H.H. Maharaja Sawai Man Singh II of Jaipur’s patronage of Indian polo was so great in the 1950 and 60’s that Indian polo and its players were famous all over the world, the Jaipur royal family lending it an unrivalled glamour. However, it is the corporate sector that is taking up the reins now. Some of the finest corporate names are beginning to associate themselves with the internationally renowned sport.

Polo exists in its original form, ie. not as so-called ‘improved’ by the British as a traditional pastime in the western Himalaya in an area more or less coextensive with the spread of Islam.

Today, in Ladakh, and other remote areas of the Karakoram like Hunza, Nagar, Chitral, Gilgit and Baltistan, people continue to play polo as they had always done without the modified version of the ‘educated’ world and nowadays this sport is known in Ladakh as ‘Balti-style polo’, since it was introduced to central Ladakh from Baltistan of today’s northern Pakistan.

Some authorities say that it was brought to Ladakh early in the seventeenth century by the then King of Ladakh, Sangge Namgyal whose mother was a Balti princess, and that it was Sangge who laid out the first royal polo ground, in the Murtse garden below Leh (now the site of the Defence Ministry’s Field Research Laboratory). Others aver that it was bought by a colony of Baltis settled at Chushot, a village just across the Indus, a few kilometres upriver from Leh.

The Chushot Baltis, though in most respects fully assimilated to the Ladakhi way of life, have retained both their religion – they are Shia Muslims to a man – and a clear consciousness of their own identity. They still have all the old Balti enthusiasm for polo, and it seems to have been they who kept the game alive in the Leh area after the loss of Ladakh’s independence led to the withdrawal of royal patronage. Chushot is the only village in Central Ladakh with its own polo ground, where every year on 21 March polo is played to celebrate Nauroz, the Persian (and Shia) New Year.

The style of Chushot polo is not confined to the rules and limitations of the game as we know it today, but is played according to the age old tradition of any number of players per team, no precise size of width of pitch, where the aim is to get the ball through two stakes pitched in the ground at one or another end of the field, which can be as large a piece of ground that is flat and not under agricultural usage at the time.

That it requires a degree of skill, which is beyond the command of most non-Ladakhi players is evident from the fact that much of its original flair has been edited out of the international game.

Apart from the immediate neighbourhood of Leh, polo is today played only in those parts of the district that have a Muslim population, such as the villages of Turtuk and Bogdang in Nubra, down the Shayok river to the north-west.

In Kargil district, the austere role of the Muslim clerics to some extent put a damper on the game in the immediate post-Independence years, but it survived particularly in Dras, where it is said that the various villages can put as many as 24 teams on the field. Of recent years it has even made a comeback in Kargil and Chigtan.

Exhibition and tournament matches have been held regularly since the mid-1970s, and as an integral part of the Ladakh Festival sponsored by the State Tourism Department, Ladakh polo has started to attract international interest, while the Leh Polo Club has secured affiliation to the Indian Polo Association.

At these events, a slightly modified form of the original game is played, but still makes few concessions to international polo. Usually there are six players on each side, and play lasts for a hour with a ten-minute break in the middle. There are no chukkers, but the hardy Zanskari ponies scarcely seem to suffer, even at the altitude of 3500 metres.

In Ladakh, no polo match is complete without its musical accompaniment. Of this music, the most immediately striking is the beat rising in accelerando crescendo when a goal is scored. The rhythms are amazingly intricate, involving patterns of anything from four to sixteen beats and with frequent cross-rhythms as differently pitched daman instruments play against each other.

Among the world’s most ancient sports, polo is flourishing today in India.